🇯🇵 Looking for a Japaneeze version? Here it is

Many people who come to Ruby start using symbols on their first day. Come on, Getting Started with Rails shows you symbols in the first migration you generate! From the first glance, symbols look like strings (:hi versus "hi") and can be converted back and forth. The naive explanation of their difference is that strings are used to represent some data (e.g., constant or variable values), while symbols usually appear as a part of the code (e.g., arguments of method calls). However, why do we have both? Let’s figure that out!

How strings and symbols are used in Ruby?

Imagine that you work on a Rails application and want to add users to your data model. Here is the migration:

When table schema is in place, we need to create the corresponding model:

Later we will create a new controller and write specs (right? 🙂), but let’s take a break from coding here. How many times :email and :password were used already? Two times :email and three times :password, and there will be more in the real application!

However, let’s think about the values that are going to be stored in the email column. Each user has a unique email and these emails never appear in the codebase, they can only be initialized in memory when either submitted by user or read from the database.

Looks like both Ruby interpreter and virtual machine can get some use of the fact that symbols and strings are used for different purposes. Let’s find out how our code is executed and figure it out!

How Ruby executes our code

When Ruby program is run, it should be compiled to the bytecode first. Virtual machine (usually referred as VM) knows how to execute the bytecode on the concrete operating system.

Compilation step was added in Ruby 1.9

First of all, interpreter parses your program and gets an Abstract Syntax Tree (usually referred as AST) containing tokens that appear in the source code. I’m going to use a gem called parser to examine an AST of the Article class along with its usage:

Here is an AST we get:

Please note, that token :password is used in different contexts: as an argument for two methods (validates and encrypts) and as a method name (.password).

According to Wiki, token is a “lexical token or simply token is a string with an assigned and thus identified meaning. It is structured as a pair consisting of a token name and an optional token value”

When AST is built, it is validated to make sure it makes sense and converted to the bytecode. Bytecode is a language that can be executed by the Virtual Machine on any hardware you want.

This is how we can see the bytecode representation for the Ruby source:

…and here is the bytecode itself:

There are two sections starting with == disasm. Each section represents a single lexical scope: one for the top–level code and one for the code inside class. Each line is a single bytecode instruction. For instance putobject adds its argument to the stack, opt_send_without_block handles sending a message to another object, putself changes the self value, etc.

Technically bytecode (or, more precisely, “code that VM executes”) instruction can take more than one byte but that’s one of the popular formats.

Why not use the AST itself to execute the program? It is possible, but will perform worse: interpreter would have to keep the huge object graph in the memory and navigate through it each time it needs to execute something. In opposite, bytecode consists of simple instructions that are so small that can even be kept in the processor cache.

We know that some tokens are used many times and never change, can we somehow avoid storing all of them in the memory? This is exactly what Ruby does: each token is stored in the hash table and represented as an ID, which takes way less memory to store.

When symbol is used, Ruby looks for that symbol in the hash table (the read operation has O(1) complexity), and adds it to the table if needed. Let’s see if symbols consume less memory using benchmark/memory gem:

The plan was to initiate the same string and the same symbol 100 000 times and count allocations. Turns out that symbol benchmark allocated nothing, because :symbol was allocated during the interpretation as we expected:

It’s easy to make sure that the symbol was allocated only once, while we got a new string during the each iteration. Let’s compare object_id:

Unfortunately, it’s impossible to access the symbols table from the Ruby code (because Ruby does not expose such API). However, we can see a list representation of symbols (I’m taking only 10 because the list is rather huge):

Symbols can be added to the table in the runtime:

Why I didn’t do something like Symbol.all_symbols.include?(:my_new_symbol)? The reason is that such a call will always return true: :my_new_symbol will be initialized and added to the table before the .include? call. At this moment experienced functional programmers should feel disgusted because this sounds like something not pure at all 🙂

Let’s think why the list of symbols was not empty when we accessed it for the first time. Firstly, Ruby standard library contains some symbols which are already loaded. Secondly, if we look at the symbol list closer we might see some old friends like :sort, which is the name of the method for sorting enumerables. Turns out that tokens representing constants, variable names, method names, class names and so on are stored in the same table!

When we called Symbol.all_symbols.last for the first time, it returned :las. If we look at the last symbols in the list we’ll notice :la and :las. What is it? Looks like it is the way how hash tables are implemented: Ruby builds a tree using chars as nodes (starting from two first nodes, because otherwise the tree will have 27 nodes on the first level), and symbols become leaves.

Garbage collection removes unused data from memory, so we should not worry about it. When trees were high and computers were huge, people did it manually. Well, some people still do it manually when dealing with languages like C.

Garbage Collector (usually referred as GC) can collect unused strings, but what about symbols? Ruby 2.2.0 introduced two types of symbols: ones that are used to create dynamic methods/instance variables/constants are immortal and never collected; all others are mortal and available for the collection. 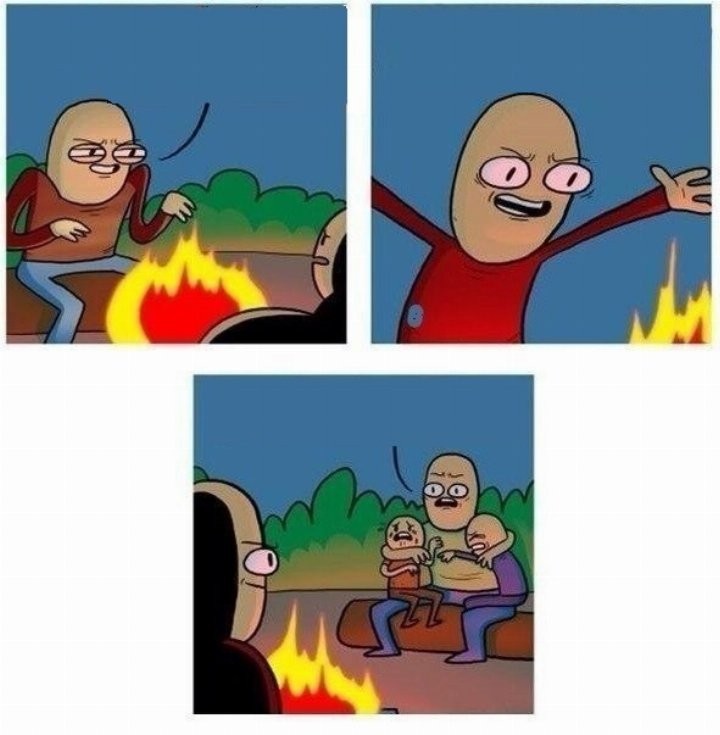 The approach when strings are stored in the hash table and referred as integer IDs is called string interning. When VM needs to compare two different string objects in the memory, it has to do it byte by byte, which is not very performant. String interning is a technique when some (or all) strings are stored in the hash table and string IDs are used instead of them. Of course, there is a guarantee that all table values are unique. Comparison becomes dead simple: we just need to compare two integers.

This section is heavily inspired by “Interning strings” chapter from Crafting Interpreters by Robert Nystrom, check it out if you want to dig into language implementation details. Well, I’d say check it out anyway—it’s just awesome.

Different languages use string interning in different proportions: e.g., Lua interns all strings, Java interns constants, Ruby, as we know, has symbols. By the way, Ruby can freeze strings which makes them immutable, but it does not make them interned to make GC able to collect them.

Is there a special bytecode operator that makes string interned? No, because it’s just one of possible optimizations which happens as a part of other higher–level operations. For instance, # 0001 putobject :email is likely going to add :email to the symbols table if it’s not there yet.

Let’s open up the source code of Ruby itself and check out how it works. Symbol allocation is happening in the rb_id_attrset function of symbol.c, which can be called both from compilation and interpretation stages:

That’s all for today, let’s summarize what we found here.

* There is another optimization for strings that makes a copy of a string only when it’s modified (it is called Copy on Write or CoW):

Here’s the great example of how CoW works by Kernigh (see the whole response):

What’s the most important thing to remember? Strings and symbols are easy to convert back and forth (to_s/to_sym) but remember that each string allocation takes memory, while symbols are deduplicated and faster to compare.